For too long, the Hyundai Santa Fe has lurked in the shadows of perennial top-sellers such as the Ford Explorer and Toyota Highlander. And now that the Nissan Pathfinder and Honda Pilot have undergone complete redesigns, the Santa Fe faces even more pressure to keep up with the pack. But the Hyundai has at least one quality that helps it stand out: although it’s a three-row crossover, it doesn’t quite feel like one. Its light body and responsive low-speed steering prove enough to make you feel like you’re driving a smaller vehicle. 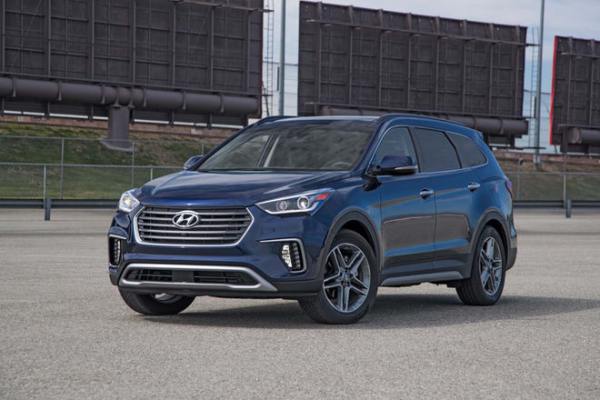 A 2017 refresh brings relatively minor changes to the Santa Fe. The crossover gains a sharper exterior design, three standard driving modes, a standard rearview camera, and a new 7.0-inch touchscreen in addition to the optional 8.0-inch unit, both of which introduce Android Auto. The crossover also offers a third-row USB outlet and second-row cupholders.