The intro of ever more power effective CPUs,together with the tiny sizes of USB 3.1 Type C ports,
has allowed a new generation of laptops that are thinner than we have ever seen.
First we got the Razer Blade Stealth,which was a mere 13mm deep, and now we have something even thinner.The
newest Acer Swift measures a miniscule 9.98mm deep at its thickest point,building
it the world’s slimmest Ultrabook.
With a weight of only 1.12kg,it also makes it one of the lightest Ultrabooks
all-around. If you are searching for a super-mobile Ultrabook that you’ll hardly notice
is in your briefcase,this thing takes the cake.Still,it feels extremely well
built,thanks to the eye-catching gold and black aluminium exterior.There is
definitely no keyboard flex even under the heaviest of hands, while the rounded corners and angled edges give it
the look of being even thinner than it is. 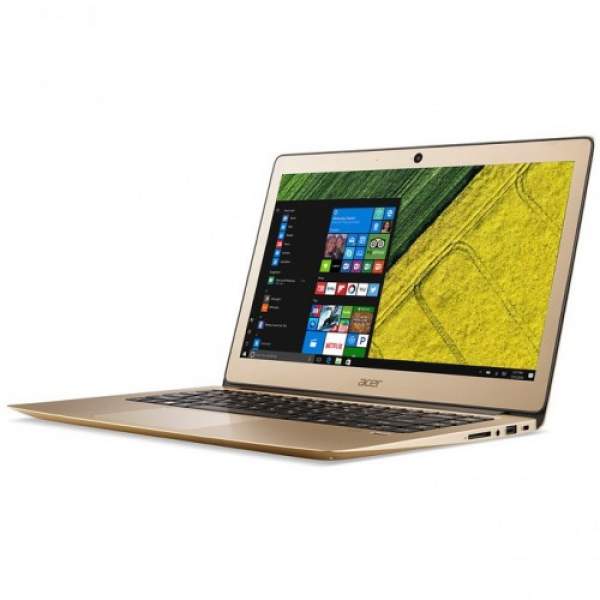 The 13.3-inch display screen is a stunner,using IPS technology to provide extra-wide viewing
angles,even though it does currently have a glossy finish. While this gives you richer colours and
contrast indoors, we found that it suffers from the same issue of other glossy screens in bright
environments – it basically transforms into a mirror,specially when used outdoors under the brightness of the
sun. It’s 1920 x 1080, which is more than well enough for these dimensions,
though the absence of touch support is a little frustrating.Balancing this out is the use of Corning’s Gorilla Glass, so
scratches and the like shouldn’t be an problem.
Given the remarkably thin depth, we were really satisfied by the feel of the keyboard, with the travel distance of each
key just right. The touchpad is a piece of art in itself-it’s so soft that it feels just like
you’re stroking a piece of exceptionally polished glass, with nearly absolutely no resistance. 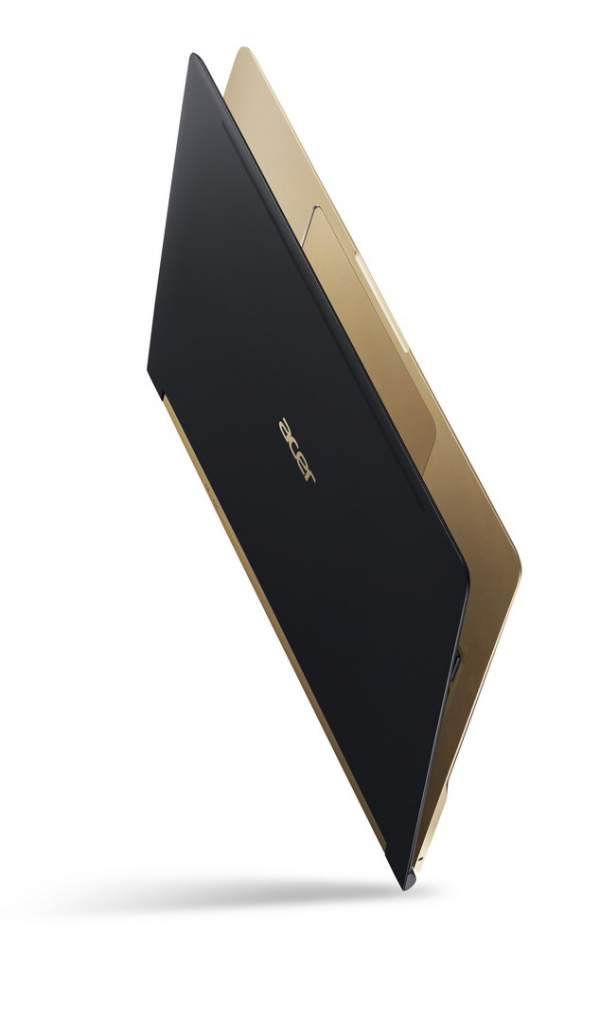 Double USB 3.1 Type-C Gen 1 5Mbps connections are included,one of which doubles as the power
input.There is additionally a single 3.5mm stereo output, and that’s it. Acer is good enough to include a Type-C
to Type-A adaptor,and there are plenty of Type-C docks around that will allow you to plug in 4 or more USB Type-A devices.
Inside the chassis is Intel’s Core i7-7Y75 CPU,a twin-core Hyper-Threaded chip
which idles at 1.3GHz.Yet under load it’ll crank up to a incredibly high 3.6GHz, without irritating
fan noise. In fact, we didn’t detect any fan noise at all even during quite heavy benchmarks.8GB of DDR3 memory is
also included, along with a single 256GB SSD. To some of our big surprise it’s SATA III based;
we expected the newer M.2 interface given both the reputation and size of these drives.Networking is supplied
courtesy of 802.11ac Wi-Fi, but it uses a 2×2 transmitter-receiver configuration,
and also supports MU-MIMO for higher sustained wi-fi speeds when numerous devices are all using the same router. 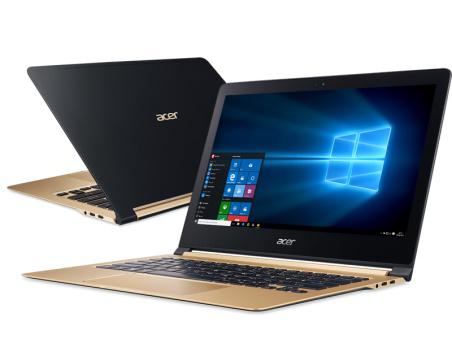 Definitely not only is it faster and thinner than the competition, it’s also incredibly competitively
priced, basically the same to that of the Razer and XPS 13 when they are similarly
specced. As a effect,we have to give the nod to the Swift as arguably our most liked new Ultrabook,although we would really like to see a larger sized SSD and touchscreen in near future. 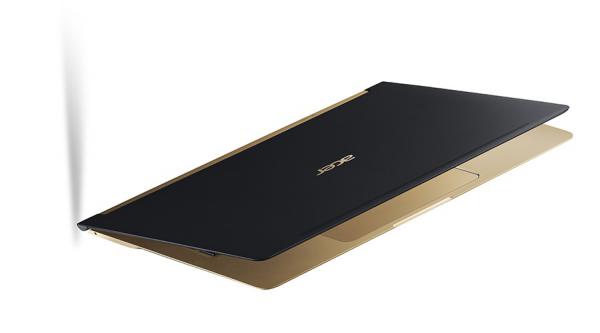