With this announcement, MediaTek Helio X30 processor is now at the top of the chipset stack from MediaTek. At the Mobile World Congress in Barcelona, the Taiwanese chipmaker, MediaTek followed up on its initial announcement last August and went on to provide further details on the Helio X30 chipset and also the availability in the coming smartphone models. What’s new with the Helio X30 as compared to the previous gen Helio X20 is the 10 m FinFET process, the X20 was based on the 20 nm process. This reduction brings about power savings for Android based platforms. Most Android flagships currently use the 14 or 16 nm process. MediaTek appears to have its nose ahead right now as even Apple iPhone is only expected to follow up with a 10 nm chipset next year. 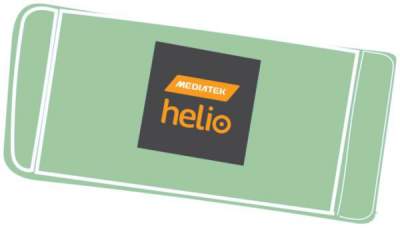 The MediaTek Helio X30 is a 64-bit deca-core CPU that features a 64-bit deca-core Tri-Cluster design which ensures that the processor processes requests as a cluster three-independent processors. The CorePilot 4.0 technology helps it to deliver 25 percent more power saving as compared to the previous Helio X20 processor. It works by automatically directing power where and when it’s needed to maintain efficiency. Most consumers today demand extreme performance from their smartphones alongwith with long battery life and this is what CorePilot 4.0 is meant to balance. It also works intelligently in the background and adapts to users’ computing patterns to manage power consumption. The 14-bit ISP in the chipset helps support upto two 16MP cameras. The chipset also comes with ClearZoom and Total Noise Reduction technologies that deliver superior image quality. Another new feature introduced as part of the Xelio X30 chipset is the Vision Processing Unit. This unit shall specifically work on processing images and ease the load of the CPU and the GPU. The chip can handle up to 8GB of LPDDR4x RAM clocked at 1,866MHz. The MediaTek Helio X30 processor should start shipping in new handsets starting from the second half of the year 2017.