Xbox Games with Gold program is quite often donated very good games with your subscription. This year in November, with Xbox subscription we can expect at best average games for each console has one good and one game worse. So the new console can be satisfied with Murdered: Soul Suspect, and the Xbox 360 with Far Cry 3: Blood Dragon, which will bring a bit of nostalgia and lack of seriousness. 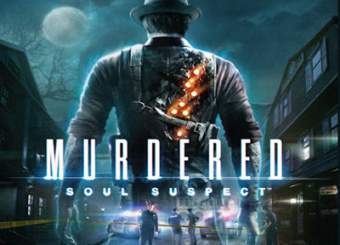 On the Xbox One console will throughout the month will be able to download and play Super Dungeon Bros.
It is a game in the style of cartoons, we can control one of four characters to solve puzzles and destroy hordes of enemies. This game is best for your company (co-op), so you can invite up to three friends to destroy hordes of interesting animated skeleton.

Murdered: Soul Suspect, the game will be available from 16.11- 15.12.
This is a game full of mystery, and you are in the role of a detective in Salem that combines modern arts with the knowledge that they give him the ghosts of the past to catch a serial killer.

On the Xbox 360 months starting with The Secret of Monkey Island: Special Edition, this game will be available the first part of the month, that is, to November 16.
This game is a classic point-and-click adventure game from the makers of Tim Schafer and Ron Gilbert. The game goal is to help your character very strange names to realize his dream and become the king of pirates.

The second part of the month is reserved for Far Cry 3: Blood Dragon.
FC3: BD is a spin-off of Far Cry 3 is located in the universe inspired trash movies of the eighties and neon lights. The game is completely frivolous and even think it is not itself sometimes not taken seriously, but it’s fun. It can recognize some gameplay mechanics from Far Cry 3, but there any resemblance ends. Definitely for play.

In the end it should be noted that all these games are only available while you have an Xbox Live Gold subscription. And what is important to stress that for backwards compatibility, you can play to the Xbox 360 to play on your Xbox One.