Casio unveiled the latest limited edition G-Shock watch that adds to its product line, and this is an all-white space-inspired watch.

The watch – model DW5600NASA20-7CR for stakeholders – is the collaboration between Casio and NASA, and features the organization’s logo on the front, as well as ‘National Aeronautics and Space Administration’ on the lower band and the American flag on the upper band. 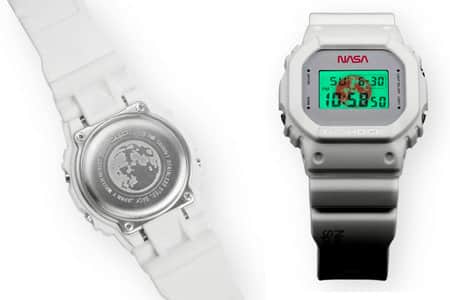 Unlike the recent GBD-H1000, this is not a smartwatch. Just a really nice, limited run digital timepiece.

There’s a lunar incision on the stainless steel plate at the bottom of the case.

That’s not all. It has a unique EL backlight behind the digital clock face that shows an image of the moon when illuminated. 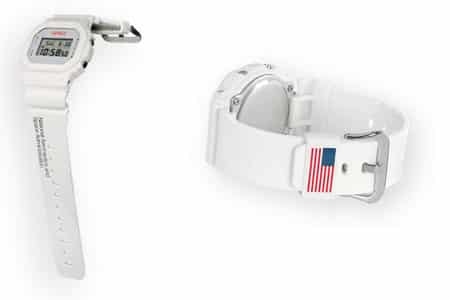 Casio hasn’t stated exactly how limited this watch race is, but, the custom DW5600 watch is available to order now from GShock.com for 130 U.S. dollars, and comes with its own limited-edition watch/case that — again — is white, black, red and features U.S. stars and the striped flag on the side.

Any order of the clock placed now should be shipped between 6 and 8 May, due to an increase in the first orders, which is understandable. Photo:GShock