Of the Civic’s three available engines, two are new. These are the entry-level 127bhp 1.0-litre and  the 180bhp 1.5-litre turbocharged petrols. The latter should be the more popular of the two, and it’s the one we’re testing here. The 1.6-litre
diesel engine is the only major part carried over from the old Civic. Despite the adventurous styling of
the past two Civics, the car carved  out a reputation for reliability,simple quality and outstanding practicality. So, while Honda says it’s targeting younger buyers than before with this new model, it certainly hasn’t thrown the baby
boomer out with the bathwater.Even in Sport trim, which we’re testing here, the Civic is smooth and relaxed to drive. The 1.5-litre  engine is quiet in normal driving,but is nicely potent, with a punchy,modern-feeling power delivery that
no petrol Civic has offered before.Some rivals’ similarly-sized turbo engines feel stronger, but the Civic’s is nicely smooth and predictable unless you really work it hard. 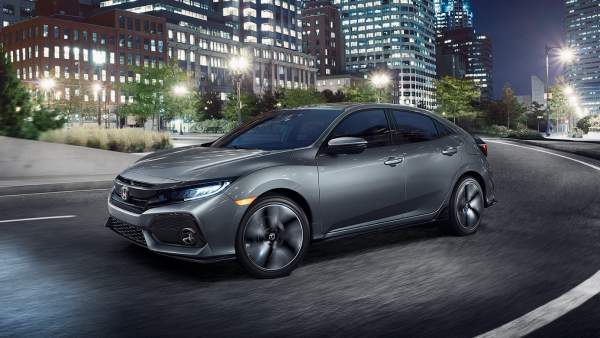 However, the car’s strongest point is its ride. It has new, more  sophisticated suspension, and its body is 50% more rigid. Together,these mean the Civic now handles much more precisely without compromising on ride comfort.
Large bumps in the road no longer knock the car about like they used to, and it’s easy to hold it exactly where you intend to on the road.
This is helped by the steering,which is direct and nicely weighted,while the car has plenty of grip and little body roll in corners.

The biggest change inside is the absence of the incredibly practical ‘magic’ rear seats that were in the past two Civics; these folded like cinema seats, allowing you to carry bulky items in the rear foot wells.
These seats were possible because of the unusual positioning of the Civic’s fuel tank, but now Honda has
conventionally placed it just ahead of the rear wheels. The upside to this, though, is that the driver’s seat
is now lower, giving a better driving position and more head room.The Civic’s boot is still near-class leading, but it’s a shame it hasn’t grown, given the car’s increased size. Still, at 478 litres with the rear seats up it roundly beats the A3
Sportback’s 380 litres.Honda says the A3 was its target for the Civic on interior quality, but it’s missed the mark here. Although
everything is robust and well built,the materials are an inconsistent mix of soft-touch and hard plastics,and in general the interior ambience is dark, dull and plasticky.
Higher trim levels get a new Honda Connect 7.0in touchscreen infotainment system with the Apple CarPlay and Android Auto
smartphone mirroring apps.However, it’s fairly unresponsive and tricky to navigate, and the Garmin sat-nav just isn’t up to
scratch for a car in this price range. 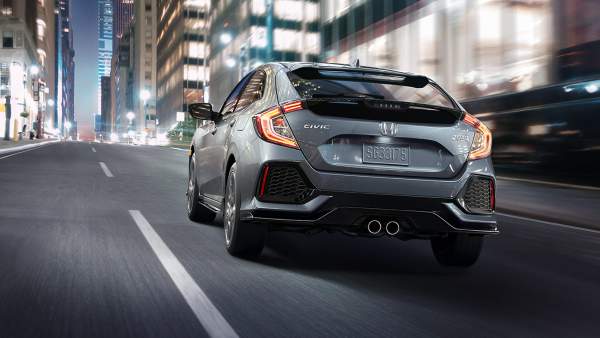 Prices and specs are still to be confirmed, so it’s hard to say how recommendable the new Honda Civic will be compared with its rivals.
However, those who’ll miss the old car’s ingenious rear seating and unconventional styling will likely be outnumbered by those who disliked its looks, meek, naturally aspirated petrol engines and frustratingly archaic infotainment,
and all those have been improved.However, while the new Civic is now a more realistic and credible alternative, it’s still not good enough to trump the class leaders.