The standard Prius hybrid has been a huge success, but British fans of the Prius Plug-in have been less easy to find. With this second-gen car offering an augmented 39-mile electric range and plenty of changes to both tech and style, Toyota is hoping to boost its popularity. Coincidentally or otherwise, following reports from the PHEV’s European press launch that included a fair bit of criticism of the proposed price, £3200 was knocked off. Even so, with the £2500 government grant you’ll still need £29,195 for the entry-level version of this four-seat hatchback – a challenging ask in a sales environment increasingly populated by fully-electric vehicles with more and more usable ranges. Not to mention even less welcome opposition from Toyota’s own £6k cheaper entry-level Prius hybrid. Still, the Plug-In’s CO2 output of just 22g/km means there’s no shortage of financial appeal to company car buyers. In use, it needs to perform the dual function of providing comfortable transport not just in cities but also outside them, and this is a function it fulfils pretty well. 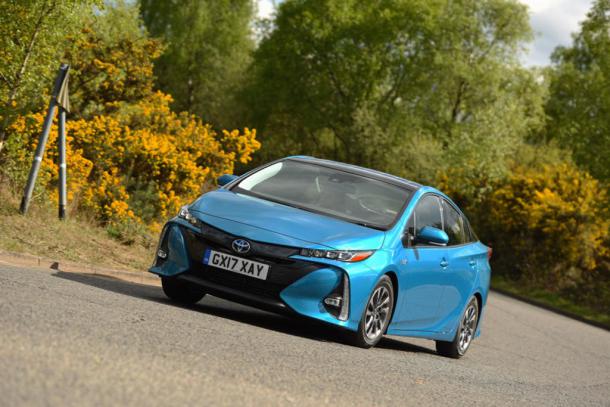 Town driving in electric-only mode is the usual EV experience of relaxing yet lively performance accompanied by a distant buzz from the motor and some road racket. Despite some additional insulation, however, the Toyota is still off class-leading pace when it comes to refinement. In real-world use, the 8.8kWh lithium ion battery will deliver about 25 miles from a full charge. On longer trips, owners won’t notice much difference between the Prius Plug-in and the standard Prius. It’s reasonably comfortable but not especially quick. It’s hard to detect the switching of power from EV to the 1.8-litre petrol engine, but you won’t have any difficulty hearing the engine revving to the red line during hard acceleration. At least that settles down once your desired cruising speed has been reached.