BlackBerry DTEK60 doesn’t look monotonous.In fact,even while its performance have dipped,BlackBerry
itself has come out with some really innovatively made phones (we like- Passport and the Priv).The responsibility of
manufacturing BlackBerry devices now rests with TCL Communications (the company that manufactures Alcatel cell phones)and well,it has absolutely provided a phone that is worth looking at.
No,it does not look radically different from the current Android flagship crowd, but
we like the glass front and back of the DTEK60 and the good metal frame.

The front is all about the 5.5 inch display, with no physical or even touch buttons beneath it.On the right are
the volume button and a customizable key, while on the left are the power-display key as well as the SIM card and
microSD card slots. Right on top is the 3.5 mm audio jack,while on the base,for the first time in a BlackBerry
unit,is a USB-Type C port, flanked by a phone speaker grille.The backside is marked by the BlackBerry logo as
well as the rear camera and another BlackBerry 1st – the fingerprint sensor.

At 153.9 mm, and it is a little bit on the longer side,but then it is an outstanding 7 mm thin, giving it a modern,slim
figure. At 165 g, it feels reassuringly solid to hold. Make no mistake about it, with its
blend of metal and glass,the DTEK60 is an stylish mobile phone. 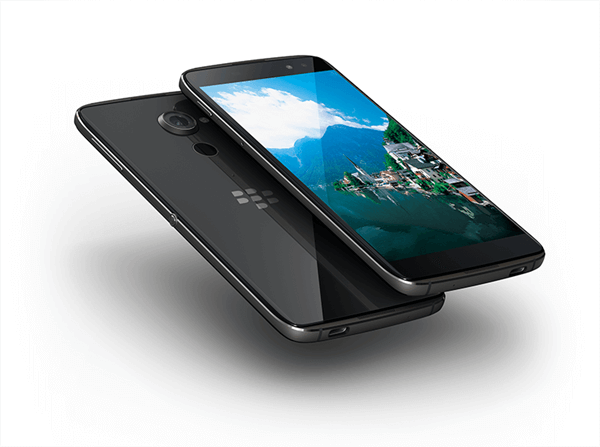 And underneath all that elegance lies some really good hardware.The display is a quad HD AMOLED,giving it an
superb pixel density of 534ppi,and powering the device is the chip that is found in almost all
Android flagships of 2016 -the Qualcomm Snapdragon 820 – backed up by 4 GB
RAM.Storage space stands at 32GB, which is expandable to a massive 2 TB using a memory card,and the camera at the
rear is a 21.0-megapixel affair while that in front is a 8.0-megapixel one.The DTEK60 also ticks off all the
connectivity solutions you would expect from a flagship device -4G, GPS, Wi-Fi, Bluetooth and NFC. And it arrives with stereo speakers as well.Running on top of all of this is Android Marshmallow (6.0) with a clearly BlackBerry taste.

On the multi-media entry too,the DTEK60 turns in a interestingly good performance.
The rear camera takes some great pictures in good light conditions and the speakers churn out very fine sound.
The specs and display make this a great device for watching videos and playing games.
Battery life’s a bit low by BlackBerry criteria,though – use it heavily and the 3000 mAh battery will challenge to
see thru a day.

BlackBerry DTEK 60 is absolutely far more affordable than the uber pricey Priv,which was BlackBerry’s first effort at an Android smartphone.But then, the Priv did come with BlackBerry’s well-known keyboard,which was a
deal maker for many of the old BlackBerry’s.The DTEK60 is a really good device in its own right,providing sleek
performance and software that is updated frequently as well as some very good multimedia,but by Android standards,
it is definitely on the more expensive side.For example,
at this price, it is more expensive than the slightly old but still excellent Samsung
Galaxy S7, and is almost 50% more expensive than the lately launched OnePlus
3T, which offers a newer processor,more RAM and a exceptional camera. Yes,we do
think the BlackBerry DTEK60 will strike a chord with the BlackBerry old guard that wants to dip its toes in
Android oceans, but we are not sure it does good enough to take on the current bunch of Android flagships.