Super Mario-The full story about most famous character in games 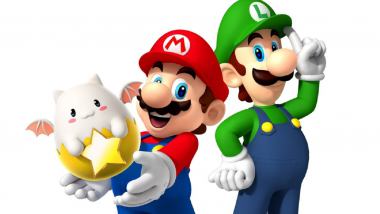 Mario was developed by Shigeru Miyamoto, a titan of the video game sector.He joined Nintendo just when it was shifting focus from creating playing cards to video games in 1977 and helped create some of the most critically acclaimed games of all time. He has been a co-creator of the Donkey Kong, Mario, The Legend of Zelda and Starfox franchises. He joined the video-game industry because of his love for manga and because he was hugely inspired by the hit game Space Invaders.

The goal behind creating Mario was to create a hit video game for Nintendo after the failure of earlier games like Sheriff. Miyamoto originally wanted to use characters from Popeye but he wasn’t able to get the license to use these characters until later and had to create his own. Most of Mario’s characteristics were designed in order to make him simpler to animate using as few pixels as possible. This is the reason that he wears a cap that hides his hair, thus saving the trouble of animating his hair for movement. Similarly, his moustache hides his face, removing the need for animating his mouth separately. His clothes,also serve the same purpose. He was given the ability to jump, to escape rolling barrels if need be.

Lastly,a star was born and he was christened Mr. Video.By Miyamoto’s own admission, Mr. Video would have been lost to oblivion if his name was not changed to Mario. This name was supposedly adopted from that of Mario Segale, the landlord of the warehouse from which Nintendo operated in America. Interestingly, Mario was made Italian because of his moustache which was attributed to that nationality and he wasn’t created to symbolize an Italian man.

Mario was expected to be used by Miyamoto in every single game he developed from then on and various design teams added their own modifications to the central character. Mario grew 3D when the graphics permitted it and his features were given more detail.He was given blue eyes and the colours of his overalls were reversed and golden buttons were added to it. 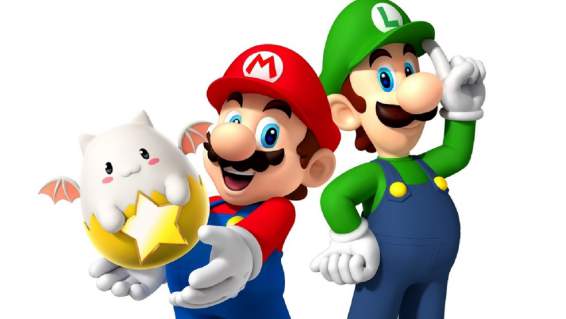 The primary video game that Mario starred in was Donkey Kong, in 1981, where he was a carpenter.Another exciting aspect of Mario is that he wasn’t always a plumber and neither does he stay a plumber in all his appearances. Depending on which of the large variety of games based on him that he appears in, he could be either a doctor or an archaeologist or something completely different.

He obtained his very own game with Mario Bros in 1983 where we saw him and his brother Luigi destroy creatures that appeared from the sewers in New York.Launched in 1985, Super Mario Bros saw the introduction of Princess Toadstool who was later known as Peach. She was the damsel in distress and the Mario brothers’ mission was to rescue her from Bowser. Peach is an extremely popular character as well, even if the only game where she leads is Super Princess Peach. GameDaily ranked her 48 in its list of Top 50 Hottest Game Babes and particularly lauded her makeover in Mario Strikers Charged (2007), where she ditches her gown for a tank top and shorts.

The following major milestone for the franchise was Super Mario World ’90 where Yoshi, the green dinosaur was released. He had the ability to eat most enemies and eating different coloured shells granted him special powers. Super Mario Kart was introduced in 1992 and allowed the player to play with one of eight characters from the Mario series. In 2009, the series topped the Guinness list of top 50 console games of all time. 1993 saw the intro of Wario, Mario’s nemesis, in the game Mario & Wario.

Future versions of games featuring Mario enhanced the graphics and widened the range for what Mario would be doing. He even highlighted in educational games like Mario Teaches Typing and Mario is Missing.This year saw a revival of interest in this stalwart of the video game industry when Apple announced its partnership with Nintendo for the release of Super Mario Run. This only confirms that Mr. Miyamoto’s legacy will never really die and that the Italian plumber will remain the most familiar figure in the history of video games.
Mario was,at first,named ‘Mr. Video’
Donkey Kong Junior is the only video game where Mario is the antagonist
Princess Peach was initially called Pauline
Mario is not just a plumber, he is an archaeologist,doctor and what ever} else the game may will need of him
His nationality was attributed to his moustache, not the other way round
Mario has shown up in over 200 games
240 million units featuring Mario have been sold
Mario’s full label is Mario Mario,proved by Miyamoto only in 2015.

New Xiaomi Mi Pad 3- could be your next iPad alternative?