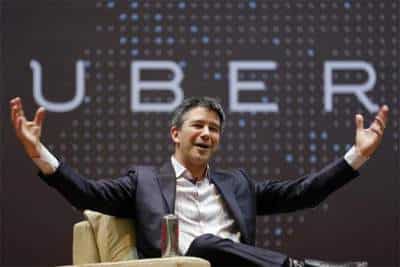 Uber controversial co-founder Travis Kalanick shocked many after he unilaterally appointed two new directors to the board.

Throwing open the battle publicy, Kalanick, who is still one of the largest shareholders, said in a statement that he had appointed former Xerox Chief Executive Ursula Burns and former Merrill Lynch Chief Executive John Thain as directors.

He said, “Ursula and John are two highly-accomplished corporate leaders with extensive board experience. I am appointing these seats now in light of a recent board proposal to dramatically restructure the board and significantly alter the company’s voting rights. There is no doubt the board will be well-served by their valuable insights, counsel and independent perspective as Uber moves into the next phase of growth and prepares for a public offering.”

Kalanick has not specified the proposals he opposed and reports noted that the board was not consulted about the appointments.

Reacting with surprise, Uber said in a statement, “The appointments of Ms Burns and Mr Thain to Uber’s Board of Directors came as a complete surprise to Uber and its board. That is precisely why we are working to put in place world-class governance to ensure that we are building a company every employee and shareholder can be proud of.”