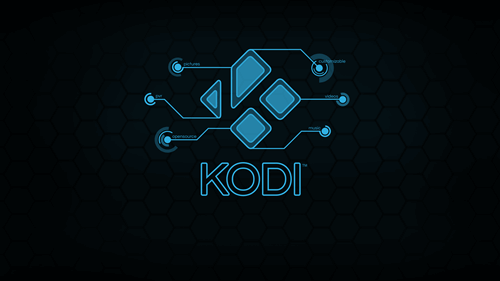 WINDOWS
Installing Kodi on a Windows 10 machine is similarly easy: head to kodi.tv/download
and click on the Windows icon. This time,the pop-up will offer an option to download
either the Windows Store app or run the 32-bit installer. Clicking on the former option
is by far the simpler route as it automatically brings up the Windows Store download page.
Once in the store, you’ll soon notice that all of the user ratings are either one or five stars, suggesting that, while the Kodi app works smoothly on certain systems, it promptly crashes on others. To try for yourself, click “Get” and the latest version of Kodi will be downloaded.

If you’d rather not go through the store,select “Installer (32-bit)” on the website’s download page and run the EXE file. Follow the setup instructions that follow, choose
from a list of bundled add-ons and begin the installation. You may find that, when you
run Kodi for the first time, a pop-up appears saying that some features of the app have
been blocked. To continue, click “Allow access” and start watching.

macOS
Unlike with iOS (see opposite), installing Kodi on your Mac is a piece of cake – but there are still issues to guard against.
First, head to kodi.tv and click on the blue “Download” button in the top-right corner of the page. On the subsequent page, scroll down to the ominous “Choose your weapon” subheading and select macOS, which will trigger a pop-up asking whether you want
to download the general or nightly release.We’d always recommend going with the
former as the latter are beta builds and could, therefore, be unstable.Run the generated DMG file, drag Kodi across to applications and, hey presto, you can start enjoying your films, TV, radio and so on through the familiar interface. If your Mac is still dragging its heels because Kodi is an “unknown developer”, navigate to System Preferences | Security & Privacy | General and select the “Open anyway” option.
ANDROID
While Android users were previously forced to laboriously sideload Kodi on their
smartphone or tablet, the process is now a cinch: simply head to the relevant Google
Play Store page to download and install the app (tinyurl.com/y7qmhust).
Before the download begins, a pop-up will tell you that Kodi needs access to both
your device and app history, as well as your media files. That’s a given so click “Agree” to
continue. Once installed, you’ll be greeted with the same user interface as every
other version of Kodi, meaning you can immediately jump in to start watching your
fav series archive on the go.

IOS
Installing Kodi on your iPhone or iPad, however, is a very different kettle of fish. One method involves jailbreaking your device to allow the installation of unauthorised software that isn’t in the App Store. This isn’t something we’d recommend as, apart from being in a legal grey area, you would be invalidating the warranty of your device and potentially opening yourself up to malware. Moreover, there are other associated problems such as reduced battery life and not being able to update iOS. It’s rarely worth it.
Fret not – there’s another, albeit fiddly, option. To start, you will need to download
a tool called Cydia Impactor (cydiaimpactor.com) onto your PC or Mac. This tool allows
you to install apps that aren’t in Apple’s store on your device. You then need to
download the Kodi IPA file, which is easier said than done as there are only DEB files
on Kodi’s website. This means you will have to use a free un-archiver tool such as 7-Zip
(7-zip.org) to convert the file so it can be used on an iOS device. Luckily, there are plenty of step-by-step guides online.
When you eventually have the Kodi IPA,plug your iPhone or iPad into your computer
via a USB cable, open Cydia Impactor and drag-and-drop the IPA file into it. You will
then be prompted to enter your Apple ID and password, which will generate a signing
certificate for the file. After that’s done, Kodi will, finally, be installed on your device – but
you’re not finished yet. Navigate through to Settings | General | Profiles & Device
Management, select your Apple ID and tap “Trust” to finish the process and start
absorbing media on your iPhone or iPad.