The X100V is the fifth camera in Fujifilm’s X100 series since the original model debuted nearly a decade ago. Through each subsequent iteration, Fujifilm has made its compact lens large and premium lens camera increasingly capable, and this latest model takes the main bits of Fujifilm’s high-end X-Pro3 interchangeable lens and slides them into a much smaller package.

This means you get the latest APS-C 26MP X-Trans sensor and processor combination, the promise of greatly improved autofocus and the best set of video features we’ve seen in a compact primary lens camera. But it doesn’t stop there: the lens has been redesigned, the ergonomics refined, the visor revisited and much more. 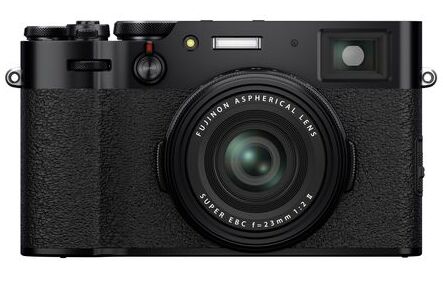 Lens quality
One of the great updates of the new X100V is that the lens has been completely redesigned; inside, anyway. It’s almost identical on the outside to stay compatible with the company’s existing wide-angle and telephoto adapters. A new optical formula adds a more aspheric element than its predecessors, and the built-in ND filter is stronger, at four stops than the previous three models.

There are four autofocus modes:

A single point, which allows you to vary the relative size of that point
zone, where an area larger than variable sizes is given
Wide/Tracking, which decides between many focus points throughout the frame in AF-S, and gives you a box to choose a theme to track if you’re in AF-C
Everything, which simply allows you to switch between modes by varying the size of the AF point (obtained by clicking on the joystick and manipulating the control dials)
Tracking performance in terms of how tenaciously the camera adheres to the intended theme is on par with the X-T3/X-Pro3 when using the EVF or rear screen, which means it’s pretty good if not able as the best tracking cameras out there. But the focus design of the new lens unit means that sometimes you may not be able to move fast enough to keep up with irregular subjects (uncooperative children, for example). Fujifilm says that a new focus engine gives faster speeds than previous models, and that’s true, but you really have to have the two cameras side by side to detect a difference.

Even on par with the X-T3 is the level of autofocus customization in terms of custom AF-C configuration. We doubt that X100V users are chasing cheetahs with any kind of regularity, but all settings are at least familiar if you come from another recent Fujifilm camera. In short, we believe that some of these options could be removed and therefore the menus remained simpler. 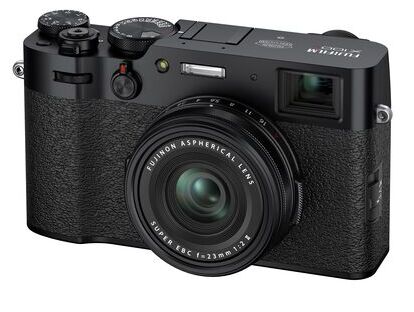 The X100 series precedes Fujifilm’s X-mount interchangeable cameras and is responsible for setting up the company on a trajectory to where it is today. For this reason, it is a particularly important product as there is X100 DNA in basically all the models that Fujifilm currently produces. All this is to say, it must be quite difficult to update these cameras in convincing ways without straying too far from the formula that made them so popular and perhaps iconic: But this is just what Fujifilm has done in the last 10 years and has been successful again with the X100V.

The X100V is an attractive well-built camera that produces beautiful images, has best-in-class video, great autofocus and optional weather sealing. Significant updates, such as a tilting touchscreen, an updated viewfinder and a redesigned lens, makes us look largely beyond their imperfections. Assuming you like the 35mm focal length, it makes a strong case as a compact photographer that is good for all kinds of photography. Photo:Fujifilm